The pursuit of sustainability is to create and maintain the conditions that humans and nature can exist in harmony to support present and future generations.

Sustainability can be achieved with the focus on reducing waste, reusing material onsite, recycling waste and using recycled products. Recycled resources such as RAP*, allow old road surfaces and re-used aggregates to be used instead of virgin aggregates preserving natural resources and minimising the emissions from quarrying and transporting the materials. Diverting waste materials from landfill reduces the impact on biodiversity and reduces the energy consumption and emissions from transport where recycled materials are reused in close proximity to the site of reprocessing. Recycled aggregates also have lower embodied energy, require less energy consumption, less bitumen to produce fresh asphalt than virgin asphalt mixes resulting in an overall reduction in the Greenhouse gas emissions produced (CO2).

Among those recycled and renewable materials, Stanley Roads uses:

Apart from recycled materials, other sustainable practices used by Stanley Roads include: 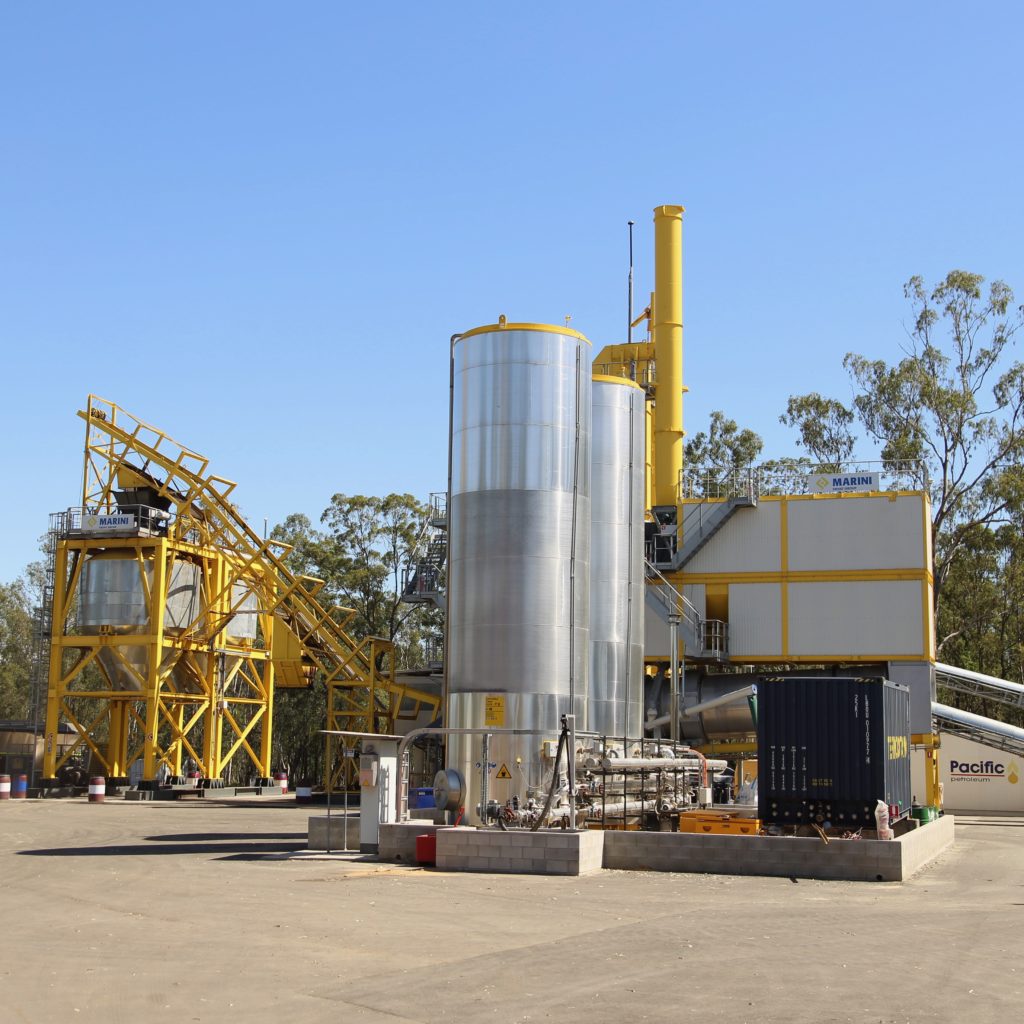 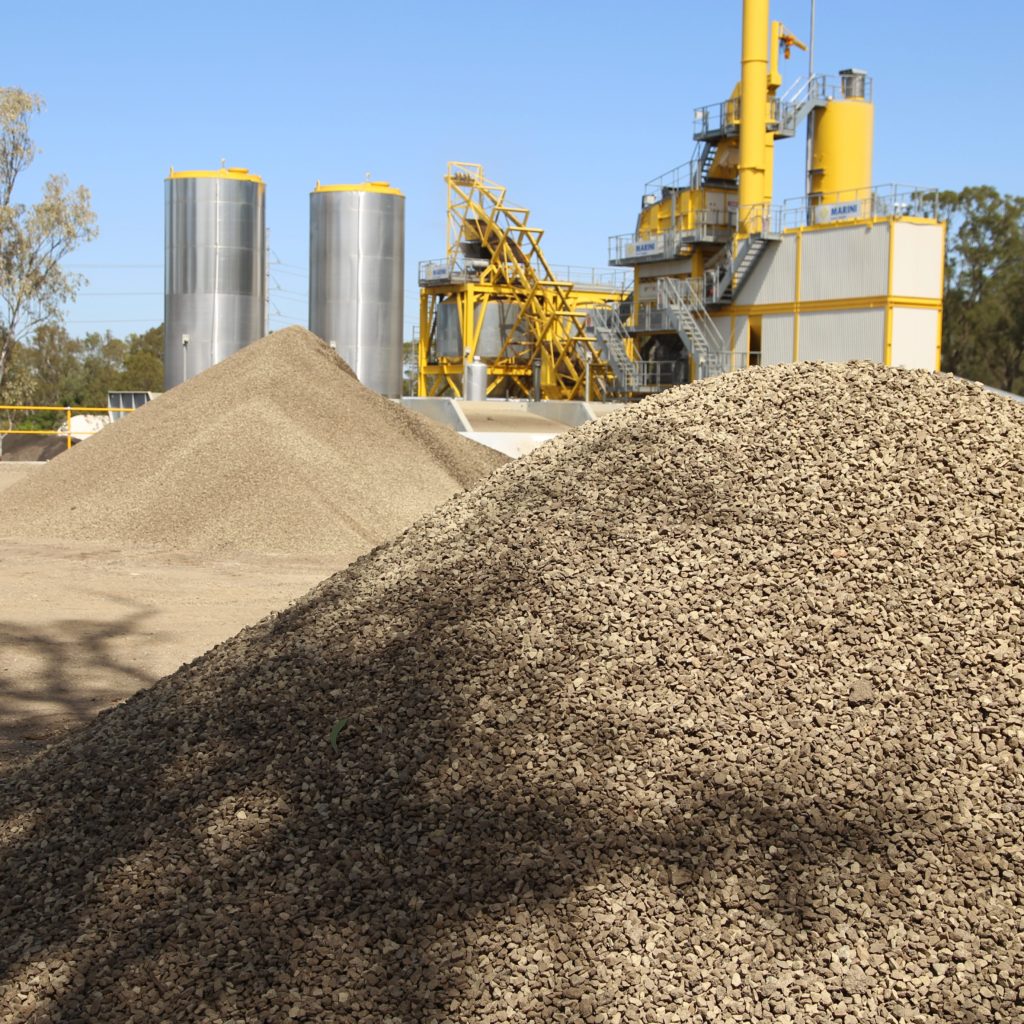 The majority of “end-of-life” materials in road construction projects end up in landfill. Generating a continual need for virgin products; this creates a high environmental burden. Keeping these traditional ‘end-of-life’ products in productive use through a process of reclaiming and recycling is in line with Australia’s vision for a Circular Economy as follows: 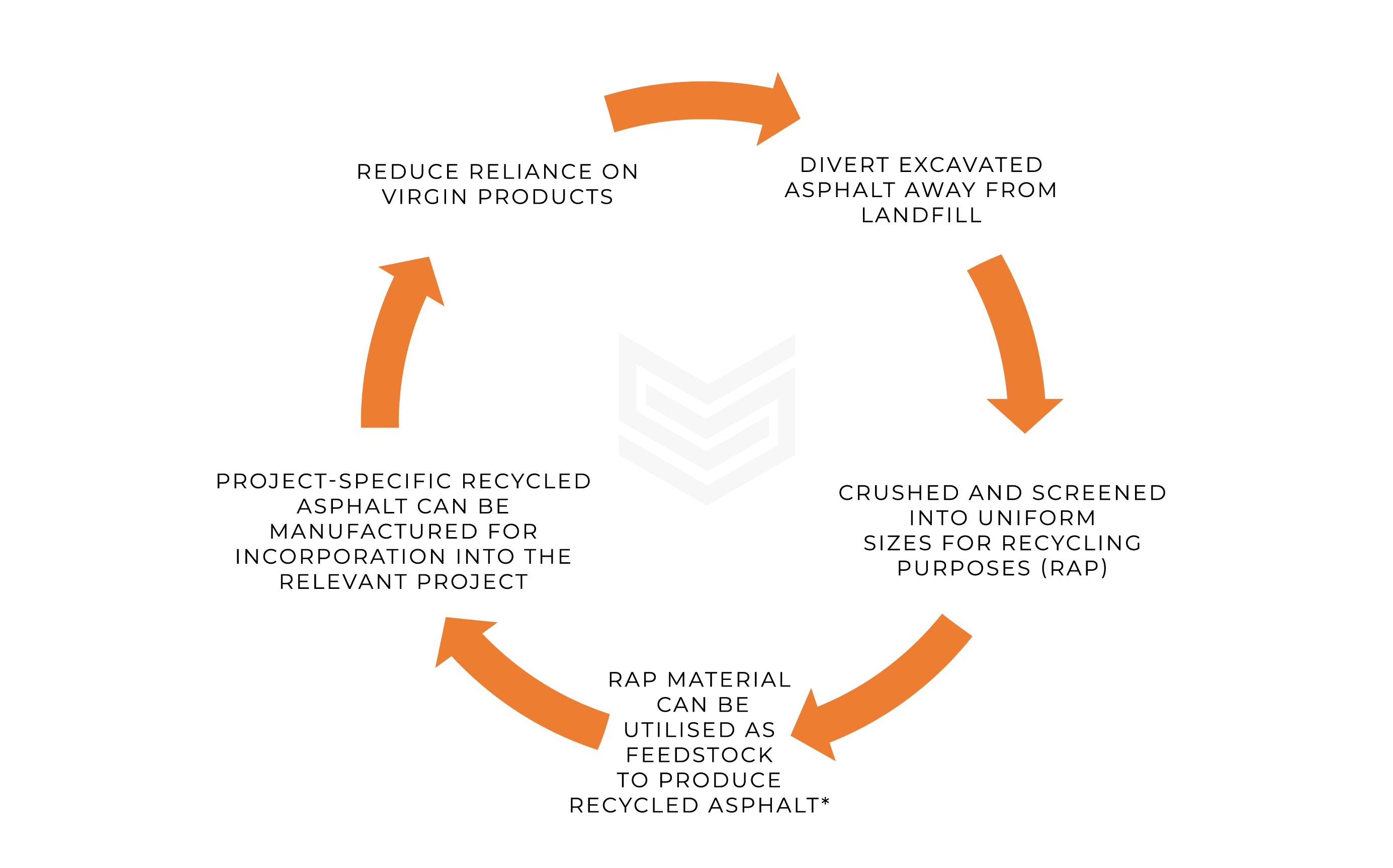 A typical two-lane bitumen road can require up to 25 000 tonnes of material per km (Newman 2012).  Given that roads in Queensland require replacement every 10 to 15 years there are many millions of tonnes of used road surfaces available to be processed into new road surface.

Recent research by the Queensland Government has identified in 2017-18, 5.3 million tonnes of construction and demolition waste was generated, with 50.9 per cent of this waste recovered, leaving 2.4 million tonnes being dumped in Queensland landfills.
(See reference)

Furthermore, only 360,146 tonnes of asphalt from Queensland roads was recovered
(See reference)

Due to the volume of waste produced by the road construction industry, unfortunately uncontrolled and illegal dumping is a major issue. 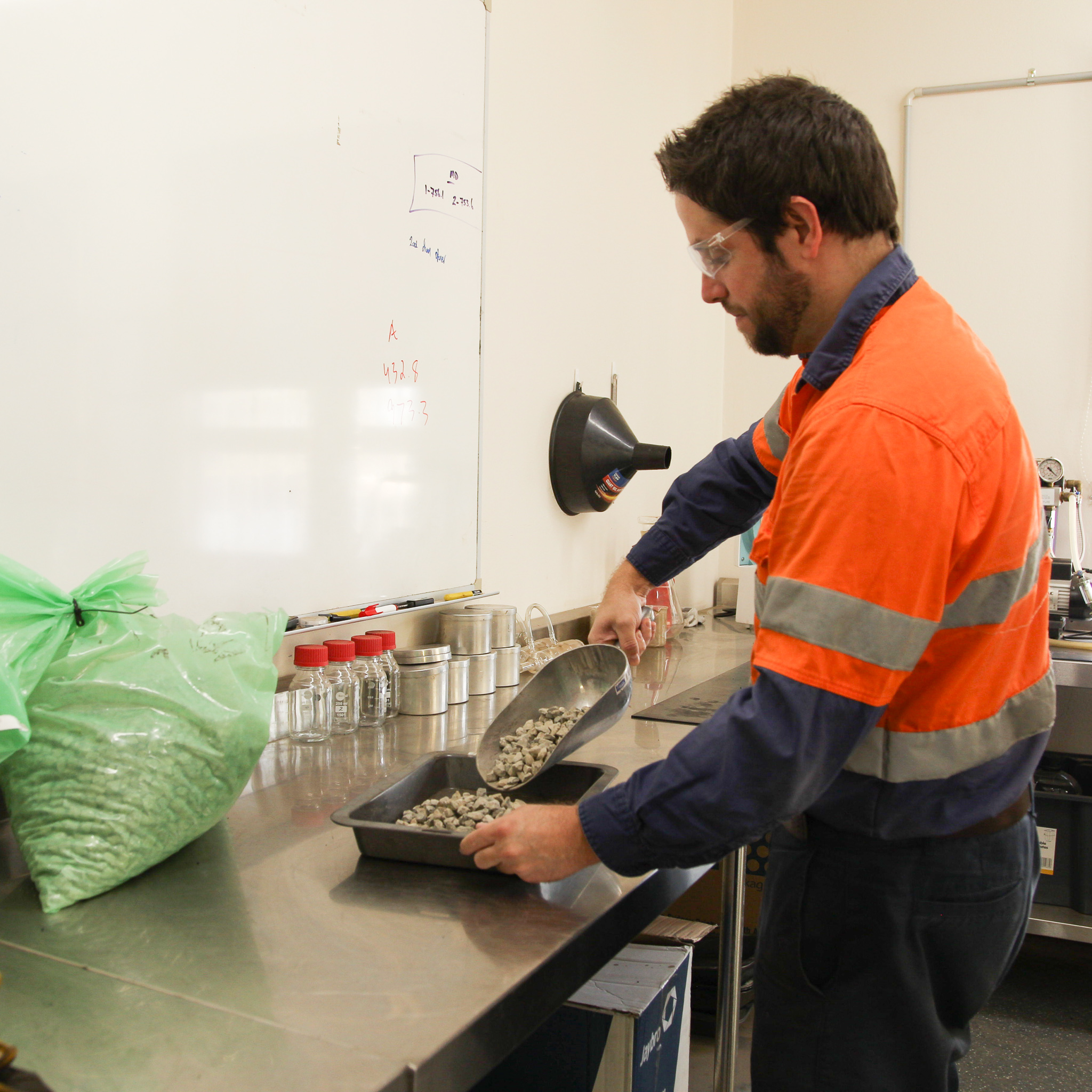 Currently, the majority of Australia’s road construction activities use virgin materials. These materials are sourced from existing quarries at market prices and supply is dependent on availability. The use of reclaimed materials has the advantage of obtaining the required aggregates at a significant discount to the cost of virgin material without the environmental impacts caused from virgin material including reducing land destruction, protecting local ecosystems and maintain biodiversity levels.

Changing the composition of Asphalt 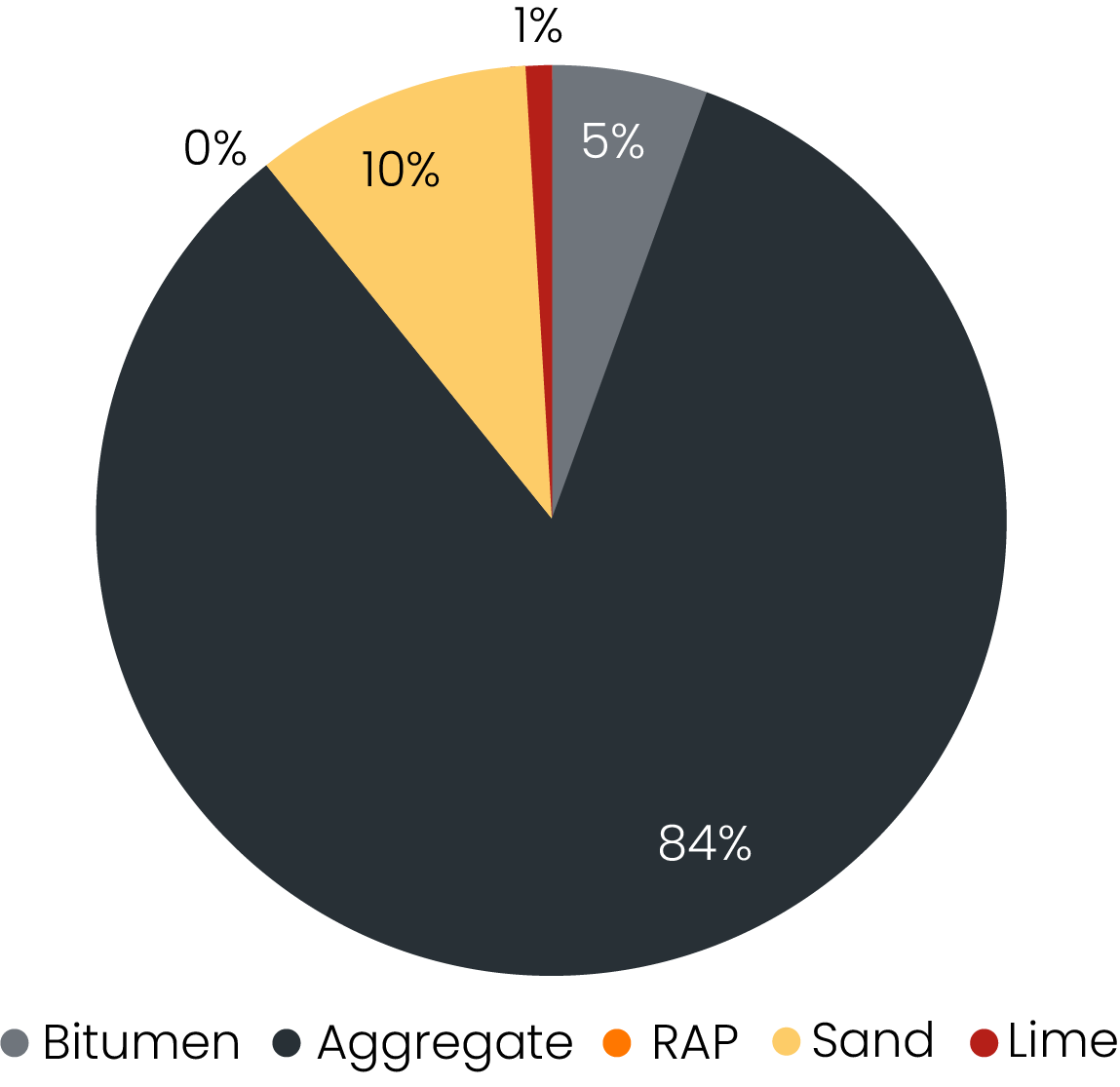 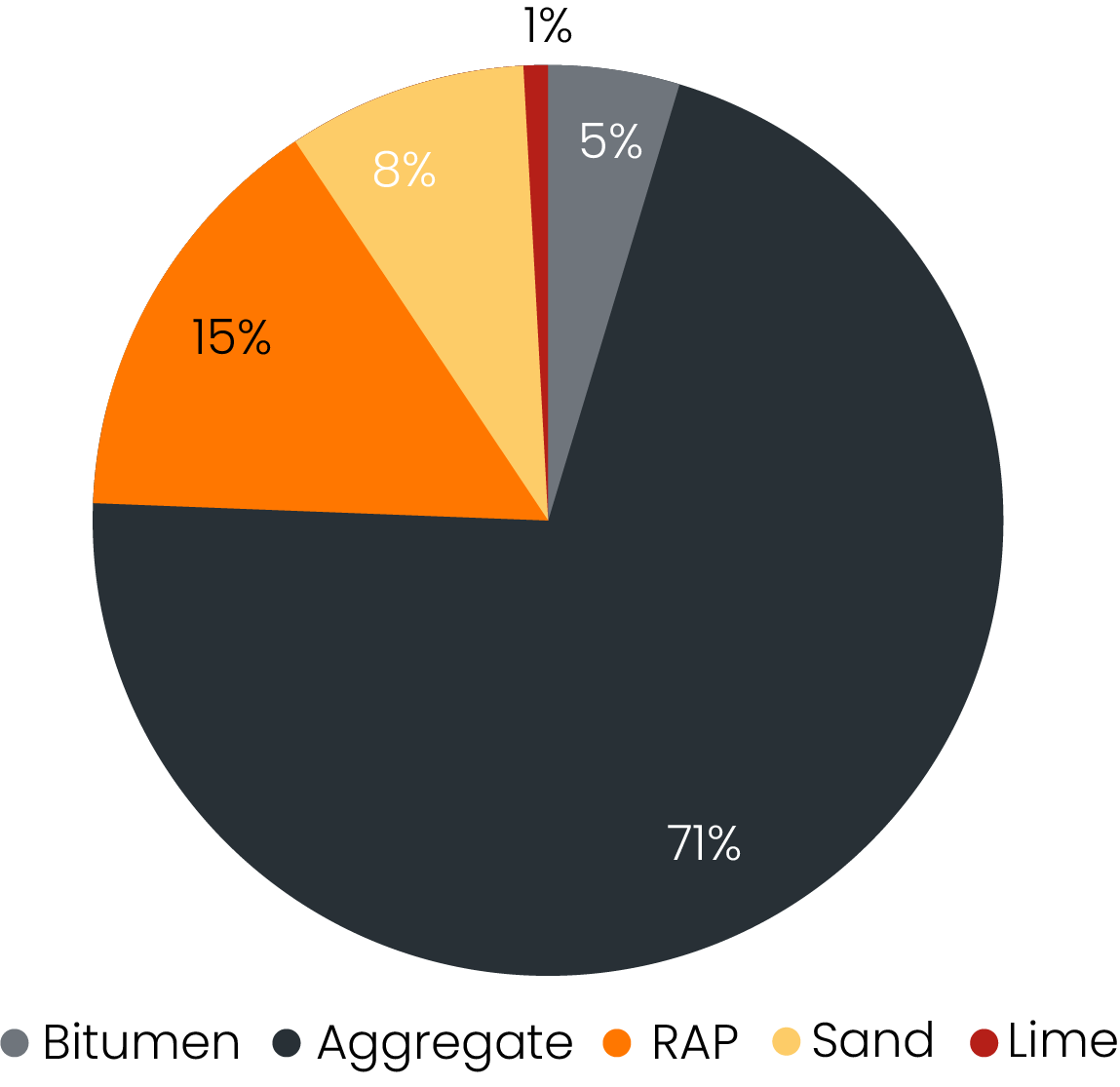 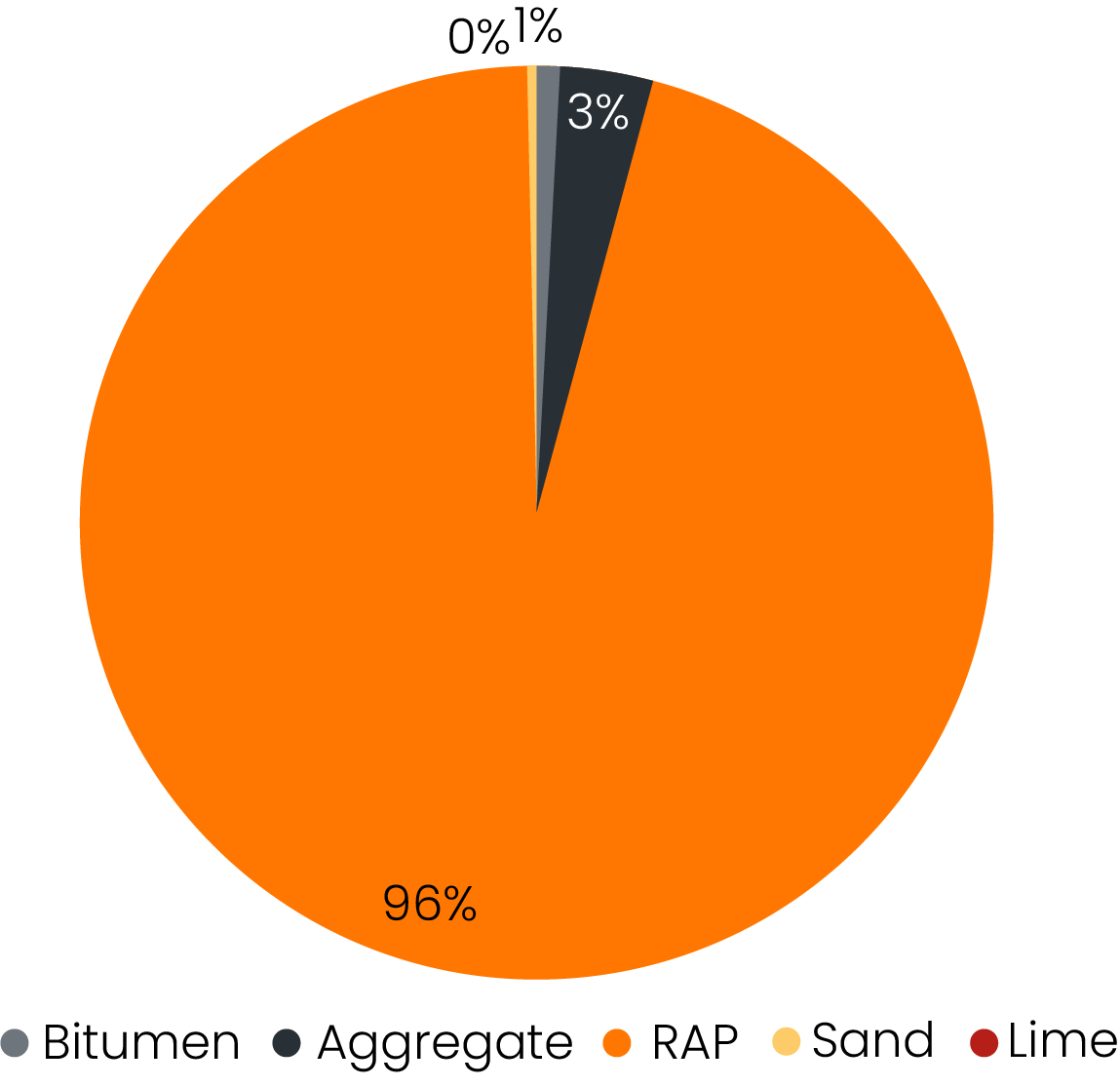 The goal is to achieve 100% RAP in asphalt mixes. The increased use of RAP will, over time, almost eliminate the need for new quarries.

tonnes was used for virgin road base or subbase.

of RAP in road maintenance and new construction.

In terms of carbon footprint, it appears that GHG emissions are reduced significantly when using recycled asphalt, as opposed to other materials.

“Recycling and Waste in Queensland 2018” showed

tonnes of waste being generated from C&D each year, representing an 20% growth from 2016/17. 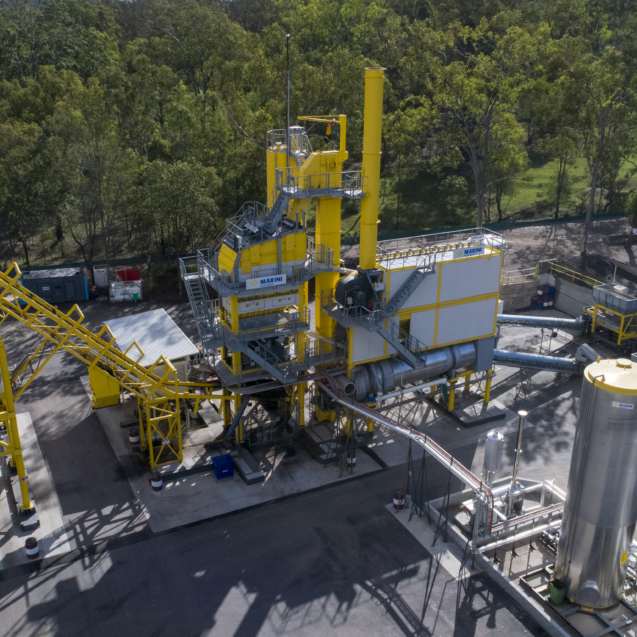 “This grant is also a vital step in the right direction to creating a truly circular economy and reducing emissions from road construction.” 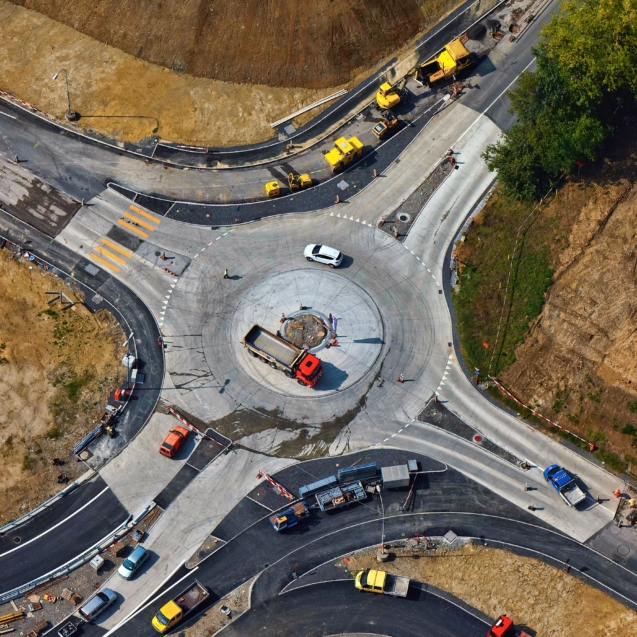 The Road and Bridge Construction industry's revenue has fluctuated significantly over the past five years, reflecting the start-up and completion of several la ... 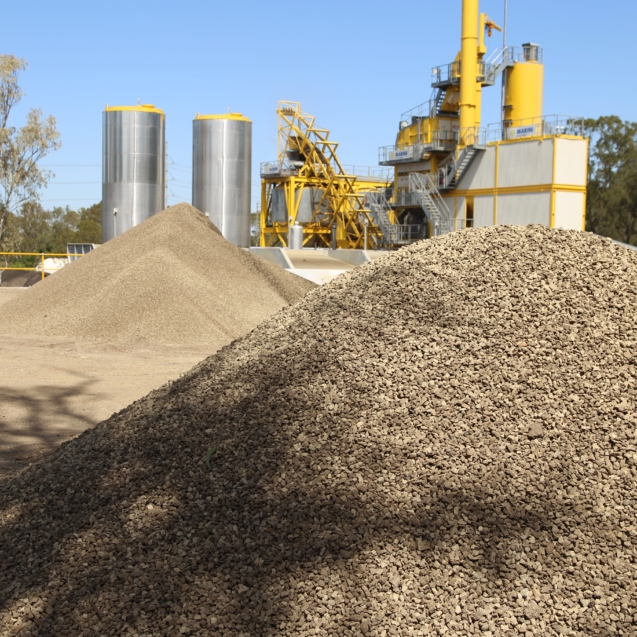 On 1 July 2019, the Queensland Government announced the new Waste Management and Resource Recovery Strategy, a strategic framework to transition towards a zero ... 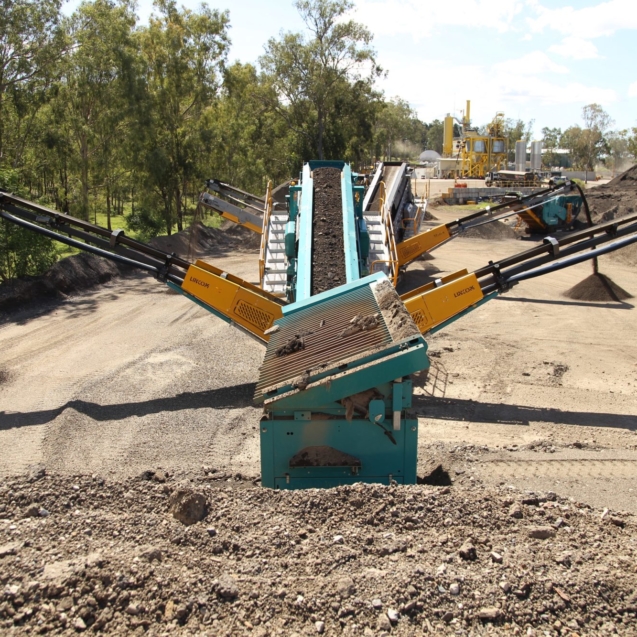 Stanley Roads are leading the way in Australia with “Next Generation Asphalt Technologies” to improve roads, change industry behaviour and develop next generati ... 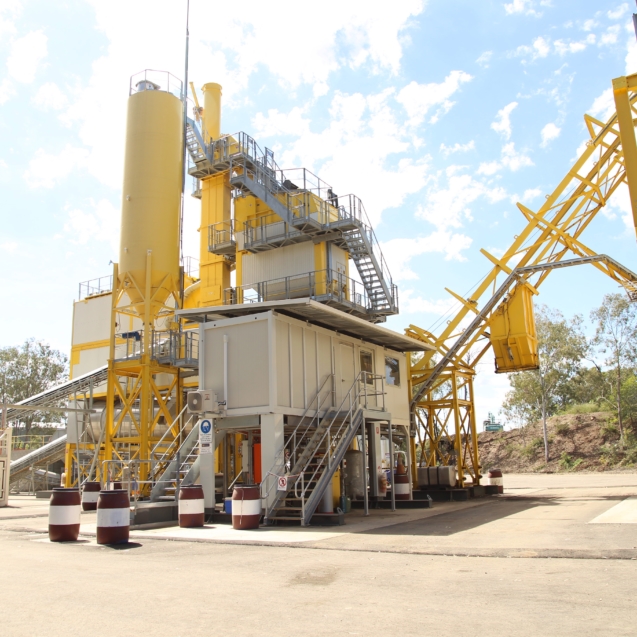 Stanley Roads have erected the latest generation, low emission asphalt plant which is located in Tivoli which guarantees the highest level of flexibility in pro ...

Interested in working with us? To request a quote or a visit from one of our team, contact us today.

Celebrating over 50 years in the road construction industry